A self-portrait by Frida Kahlo became the most expensive work by a Latin American artist ever sold at auction, fetching $34.9 million in New York on Tuesday.

The price achieved by the painting "Diego and Me" far surpassed the previous record of US$9.8 million, set by a work by Kahlo's husband - and the inspiration for her own painting - Diego Rivera, in 2019.

Sotheby's auction house said in a statement that the price "places Frida Kahlo in the midst of the great titans of art history." The sum also broke the public auction record for a Kahlo work of US$8 million, set in 2016, the auctioneer said. 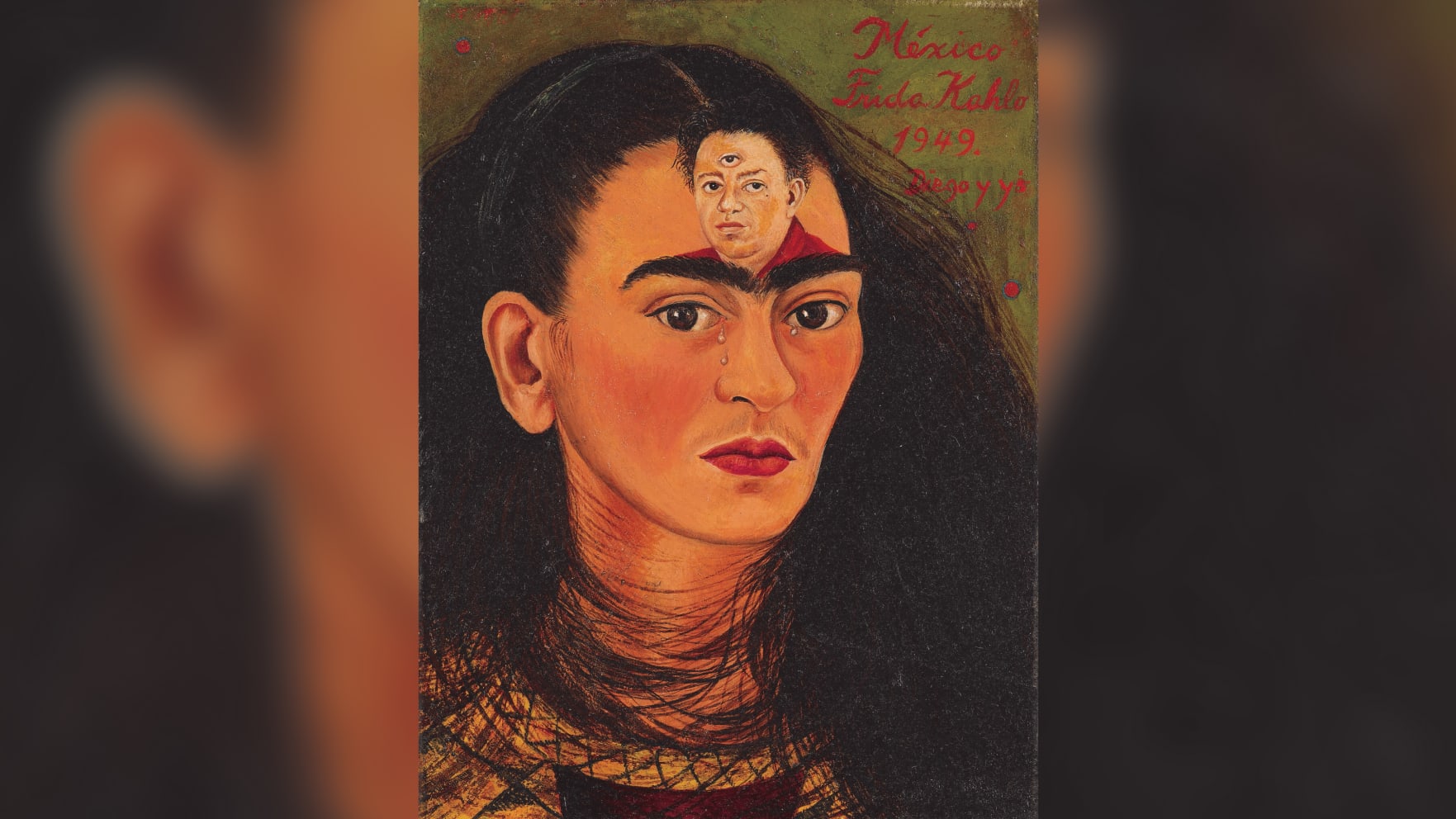 "Painted in the same year that her beloved Diego embarked on an affair with her friend, Mexican Golden Age actress Maria Felix, this powerful portrait is the painted expression of her anguish and pain," said Sotheby's director of Latin American art, Anna Di Stasi, in a press release following the auction. "One might say that tonight's result is the ultimate revenge, but in fact it is the ultimate validation of Kahlo's extraordinary talent and global appeal.

'More than a beautiful portrait'

"'Diego and I' is much more than a beautifully painted portrait. It is an illustrated summary of all of Kahlo's passion and pain, a tour de force of the raw emotional power of the artist at the peak of her abilities."

Throughout her career, Frida Kahlo painted bust self-portraits, a format first popularized during the European Renaissance, and are among her most famous works.

Completed in 1949, five years before her death, "Diego and I" is the artist's final self-portrait of the 1940s.

Following her second marriage to Mexican muralist Diego Rivera-the couple remarried in 1940 after divorcing a year earlier-Kahlo was influenced by subjects ranging from Aztec and Eastern mythology to medicine and botany. She also depicted her health problems and turbulent relationship with Rivera, creating a personal iconography in her work.

The story of Frida Kahlo and Diego Rivera

Frida Kahlo met Rivera when she asked him to critique her work, and the ups and downs of their relationship became a key theme in her art. 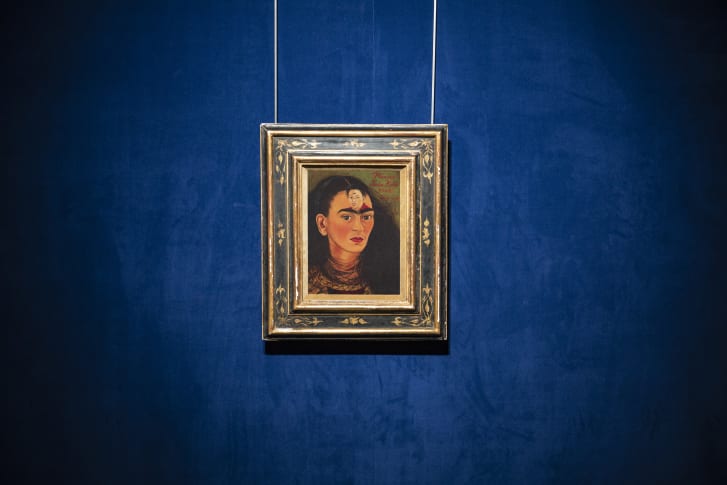 Kahlo painted the self-portrait in 1949, five years before her death. Credit: Sotheby's

"Diego and I" depicts Kahlo wearing a huipil, a type of blouse traditional to the women of the Isthmus of Tehuantepec in southern Mexico. She wears this particular red huipil in many of her best-known self-portraits and in a famous series of photographs by Hungarian-American portraitist Nickolas Muray.

Kahlo's loose hair, usually tightly braided, seems almost to strangle her. Her cheeks are flushed and her eyes are teary.

In the middle of her forehead are Rivera's head and shoulders, a symbol of his central position in her mind. Rivera, in turn, is depicted with a third eye on his forehead.

"Frida Kahlo is a global icon of modern art whose work is loved around the world," Di Stasi said in a statement announcing the September sale. "'Diego and I' epitomizes the painstakingly detailed rendering, complex iconography and deeply personal narratives that are the hallmark of her mature painting."

Taken from CNN in spanish

Maxima , the showcase of Tejadillo street
"Volume had it built in easier than color" (Part II).
Douglas Pérez Castro, an art fanatic